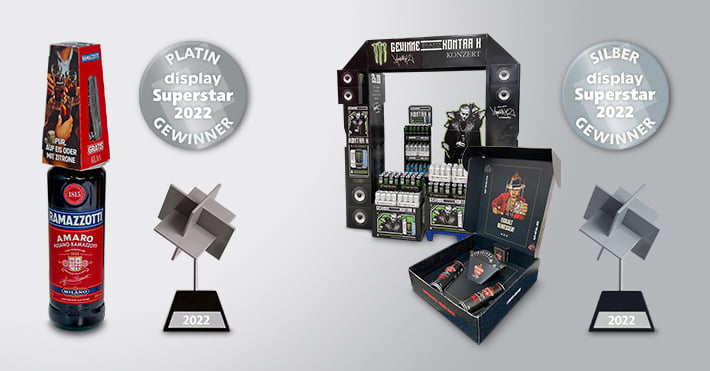 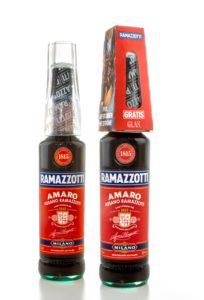 On-Pack Promotion
The smart packing solution made of 100% corrugated cardboard substitutes the plastic blister material used to date. It was awarded gold in 2021 in the category ‘packing’ and also won the jury’s special prize ‘Innovation’.
Made of fine corrugated board, the on-pack packaging can easily be recycled after use in an environmentally friendly way. The sophisticated design is assembled simply by sticking and offers enough stability even without using glue. The glass is safeguarded against damage and at the same time securely fixed at the bottleneck.
Beside the concept of sustainability, the newly developed corrugated cardboard solution offers advantages in that it can also accept custom, brand prints both on the inside and outside 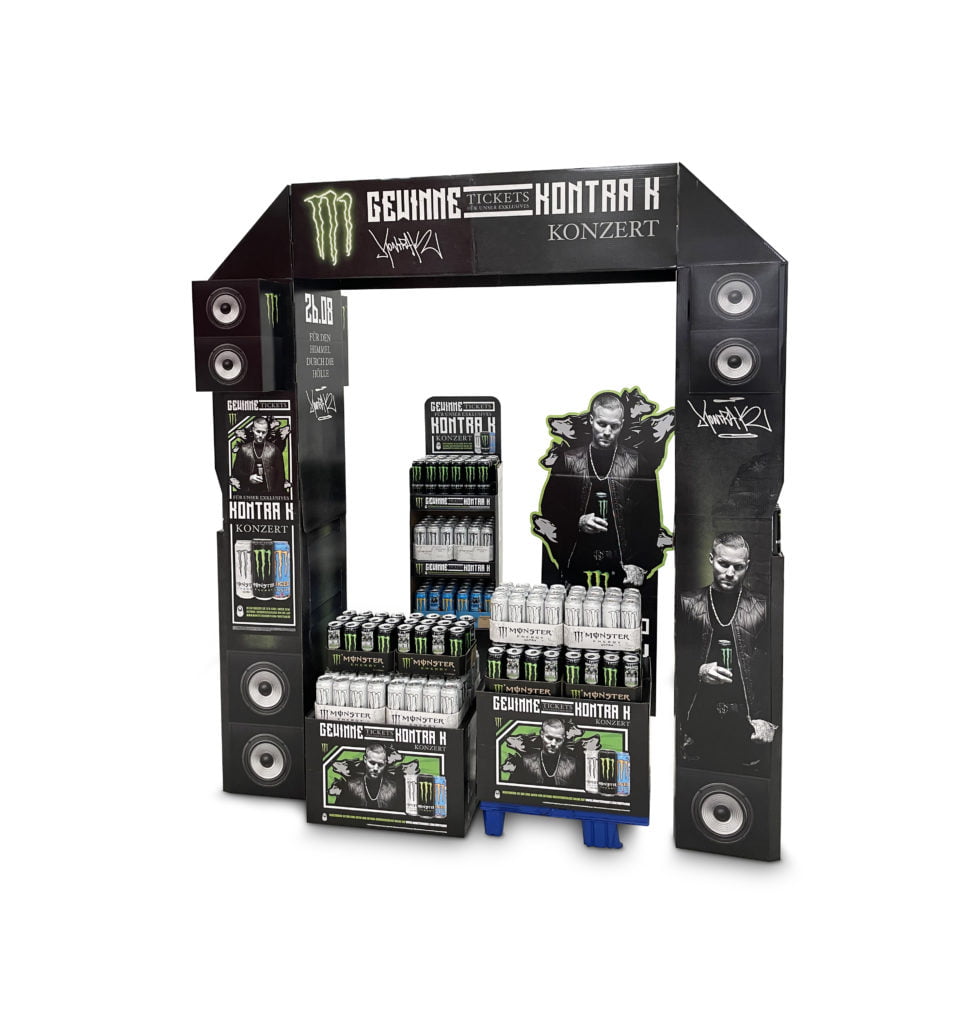 Rapper Kontra K is a prominent advertiser of energy drink brand Monster Energy. Monster Energy held an exclusive summer raffle to get out tickets for one of his concerts, promoting the campaign with a large-scale POS display incorporating a monumental arch, a large-scale cardboard figure, and ¼-Chep displays.

The arch’s visual power is rounded off by its clever function as product carrier, with the Monster cans being placed directly in the columns and the 3D boxes creating the proper gig atmosphere.

The kicker: standing an impressive 2 meters in height and 2.30 meters in width, the arch is designed so cleverly that it can be folded to just 80 cm across when packaged. 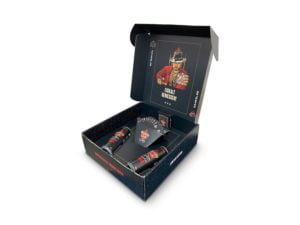 X Capo
Havana Club launched its first limited edition in the ready-to-drink line of products. The rum brand works with German artist and rapper Capo for the roll-out of the ‘Havana Club X Capo’ limited-edition can.
Gissler & Pass has come up with an eccentric, poker-style slipcase giftbox for the product roll-out. The idea of arranging a poker hand (10 cards) from the card deck that comes with the box ‘as if on one hand’ gives the box a groovy wow effect when unpacked. The boxes are handed out by Pernod Ricard Germany to specific influencers, young target audiences, and well-known social media figures who promote these new products across all channels.

Whether for protection, for noble presentation or for quick sales: GISSLER & PASS has known how to set creative, individual and quality standards as a packaging manufacturer for decades.

Whether for protection, for noble presentation or for quick sales: GISSLER & PASS has known how to set creative, individual and quality standards as a packaging manufacturer for decades.

Our goal is to help people in the best way possible. this is a basic principle in every case and cause for success. contact us today for a free consultation.